How to Make Your Bathrooms Better With Bathroom Ceiling Fans

In case you weren’t aware, there are fans made just for your bathroom’s ceiling. They differ from regular ceiling fans, and they come with their own set of benefits. These fans do not just provide air, but they also help remove moisture that can soak in bad smells and bacteria in your bathroom as well. Just imagine getting out of the shower, feeling fresh, all set to start your day. You walk up to your mirror to shave, and the entire mirror is covered with condensed vapors. Now, you are seriously annoyed. What is the solution, you ask? The bathroom ceiling fan. 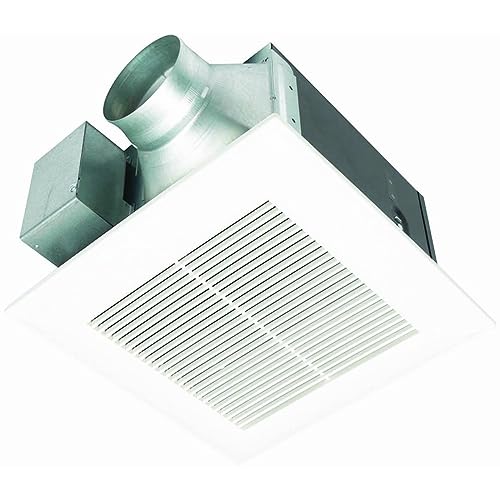 Just like with other fans, there are varieties of bathroom ceiling fans available and one must make an informed choice before they purchase one. After all, your bathroom is a very important place in your house. Some things to consider as you research your purchase: exhaust functions, air flow, and design. There are many guides online that can help you in choosing the right fit of ceiling fan for your bathroom, so you should never find yourself feeling too overwhelmed.

One measure that is important to consider when choosing this kind of fan is Cubic Feet per Minute (CFM). This is the basic capacity of the fan. You must make sure you have the right CFM, or your fan may struggle to do what you rely on it for. If it is too small for your bathroom, it simply will not give out enough air. There should be ample CFM to refresh the air in every cubic foot every 7.5 minutes to serve its true purpose.

Generally speaking, most homes are approximately 8 feet high, and the bathrooms tend to be 11 feet in height and 9 feet in width, making the volume 792 cubic feet. Now dividing this by 7.5 will give you the CFM. In this case, the CFM is 106, so such a bathroom would require a ceiling fan with at least 105 CFM.

Reasons for getting a bathroom fan

A bathroom ceiling fan with purpose-built dampers is the most effective on the market currently. Rather than the wind blowing the damper open and letting the outside air in, they will vent the inside air towards the outside and effectively top further moisture from coming in.

Some of the bathroom fans available today have extra features too. Some fans come with a heater so that in cold places taking a shower and going to the bathroom can become a more comfortable activity that won’t leave you frozen every time. The heater can help bring heat and keep you warm in your bathroom! All while the heater works continuously to limit fog.

This is a technical aspect that needs careful consideration and should never be overlooked without serious focus. Most fans can be installed with an existing HVAC system within a house. In such a case where there is no exhaust port, one will have to be made externally. Otherwise, you can CAREFULLY place it above the shower or tub and connect it with the GFCI circuits available there.

A fan having a minimum of 1 CFM per square foot of space is likely to be most effective for your needs. If you need variable speed, get a fan with a maximum speed which is twice the minimum speed you require. This is important, as making sure to get the right speed as per your requirement will ensure that you won’t need to replace your underperforming fan later on.

Most of these fans use spring mechanisms that allow them to grasp the ceiling firmly. Some fans can be fixed to a joint or a stud, meaning that the grill or cover of the fan would clip into the space too. Whether the fan itself is metal or plastic, it is imperative that they be moisture resistant as well. Bathrooms are generally a damp place, and without such protection the fan would not serve its purpose.

On average, bathroom ceiling fans cost around $100. The fans at this price are basic and will run continuously for numerous years. Their motors are designed to run slowly to prevent premature bearing damage—all while providing the aforementioned exhausting features.

If you want nightlights or a heater on your bathroom fan, that will more than likely double the cost. The highest-class fans can cost $250 and above on Amazon, but very basic ceiling fans can be found for as low as $50, especially if you make the purchase outside peak construction season.