Why Ceiling Fans Are Important for Big Rooms

Ceiling fans might be considered older technology as they compare to air conditioners, but as the saying can go sometimes, old is gold. Air conditioners can keep you cooler than fans but what goes unnoticed is the difference between the monetary cost of both air conditioners and fans. However, every fan can certainly not work in every kind of space. Different rooms, with respect to what they are used for but more importantly their size, will need different fans—and it is necessary to understand the difference between a fan in various settings.Fans might be older technology as compared to air conditioners, but as the saying goes, old is gold. 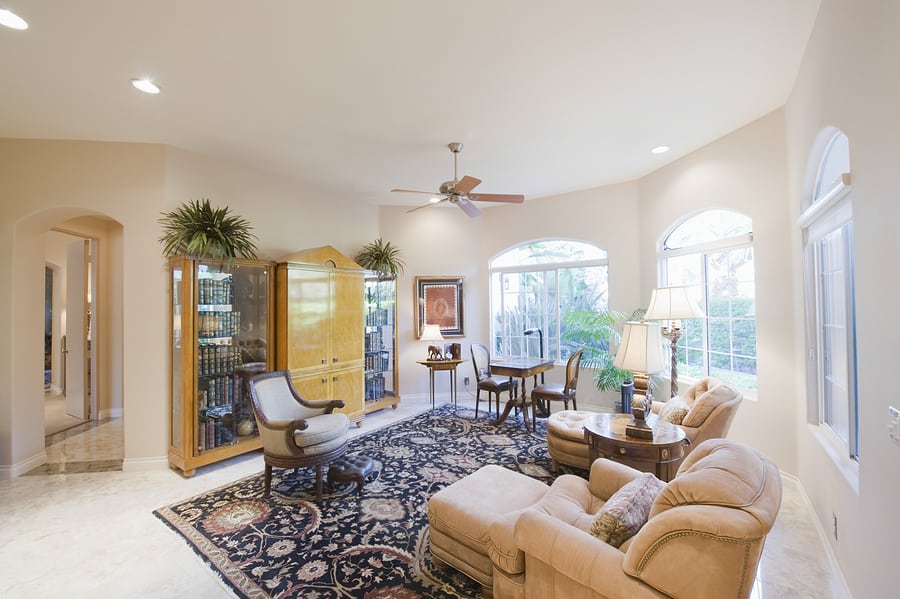 How do fans work?

Fans work on a totally different concept than air conditioners; the idea fans use is known as wind chill. It is the same feeling as you get when you open a window in a moving car. Fans regulate the air in a particular space—the air that keeps people fresh. As a result of these air movements, the excess moisture over your skin evaporates and you start to feel cooler and more comfortable than the temperature around you will let you feel naturally.

This evaporation makes you feel that the temperature in your room is almost 10 degrees lower than it actually is. Thus, in reality, fans do not necessarily lower room’s temperature. Fans only make the extra moisture over your skin evaporate and that makes you feel noticeably cooler than you were before.

How are they better than air conditioners?

To begin with, air conditioners work on higher voltages than fans. They take loads and loads of electricity that you are usually unaware of until the end of the month. It is not only about the high bills from this excess electricity usage that should shock you, but it is also about the wasting of energy and similar resources that our world is already currently lacking. Ceiling fans are much more economical and energy friendly. Moving onto a topic unrelated to energy usage, air conditioners also suck too much moisture from your skin. The Presence of too much moisture makes you feel hot but the lack of moisture can have negative effects on your skin.

Now that we are aware that fans rank above air conditioners in two ways, it is time to point out that ceiling fans also rank above other types of fans because they provide more efficient and more powerful wind chills than others. Ceiling fans, because they are positioned higher than other fans, spread air in a manner that covers a room better overall. However, not every fan can cover the corners of every room; ceiling fan sizes and specs vary with the size and dimension of the room they are meant to be used in. Hence, if your fan does not provide you with an adequate cooling effect, you probably have not chosen an appropriate fan for the room you are using it in. There are multiple factors to help educate you as to which kind of fan suits which kind of room. 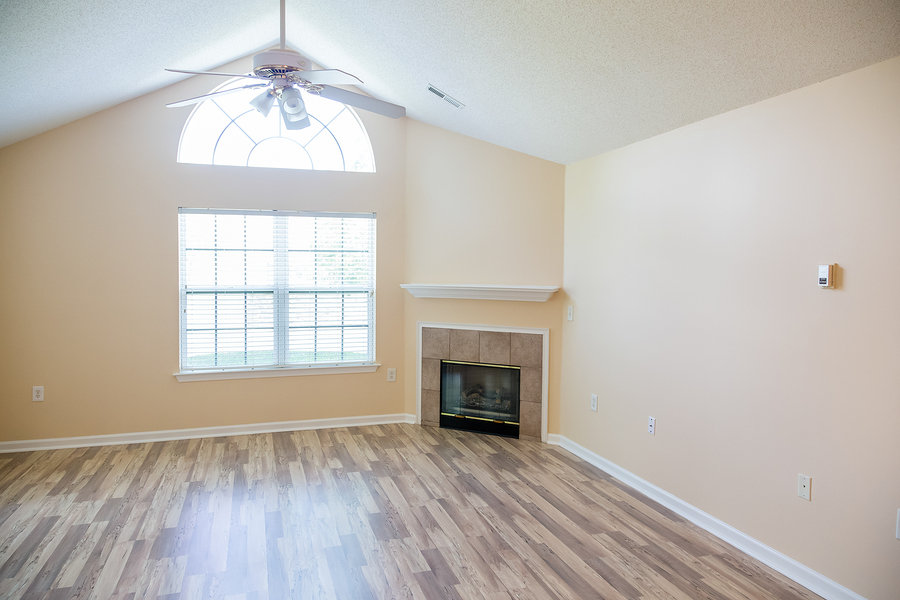 Starting off, ceiling fans are only beneficial in rooms which have ceilings of 8 feet or higher. Otherwise, they will not have enough space to work properly, and even worse, they will look gigantic in the room. If the room passes the criteria of having a ceiling of at least 8 feet, the next thing to take care of is the positioning of the fan—both horizontally and vertically.

A ceiling fan should be set in a way that it is at least 7 to 9 feet above the floor. This is the ideal height to place a fan, and as a result, it will work best and most efficiently when installed this high. However, you might ignore another important factor if you pay too much attention to this sole figure: a ceiling fan should also be at least 10 to 12 inches below the ceiling as well. This position allows the fan enough space to impact the air most effectively.

If you place your ceiling fan with respect to the aforementioned positioning, the fan will be able to complete its basic job and will work as it is meant to. Nevertheless, for safety reasons, a standard distance between a fan’s blades and the walls of the room should also be carefully kept. A ceiling fan should be placed in a way that the distance from its blades to walls on the both sides of the fan should never be less than 18 inches.

If both the horizontal and vertical standards of placement are followed, your ceiling fan should enjoy that ideal positioning for life and you will never again need to concern yourself with the fan’s placement.

More reading: Having a Ceiling below 8 Feet? What Ceiling Fan You Should Choose

What size of fan suits which size of a room?

A factor that matters more than a fan’s placement is its size. Comparatively, larger fans in smaller rooms will appear overpowering, and smaller fans in larger rooms will not be able to do their job (cooling) adequately. Hence, the size of the fan you choose correlates directly to the size of the room it occupies.

A ceiling fan which is designated as sized small or medium will provide wind chills in diameters of 4 and 6 feet, respectively. Additionally, their diameters would be 36 inches and 44 inches. For larger rooms, however, these fans fall short and should not be relied upon. A larger room generally refers to a room that is a length of 18 feet or above. For this length, ceiling fans with a diameter of 52 inches or more should be installed.

If you are finding it hard to search for fans in this size range, don’t worry: there is another solution to your ceiling fan problem. The estimated performance of one large-sized fan can easily be served by a pair of medium sized fans working together. One medium sized fan can cover an area in a diameter of 6 feet. This means a pair of them will cover 12 feet. This can easily serve a large room with the necessary circulation required. Even better, the number of medium-sized fans can be increased from 2 to 3 if the room is larger in length than 18 feet.

Ceiling fans are perfect replacements for air conditioners if you intend to save money, as well as the world’s precious energy and resources. However, greater sizes of fans would be needed in larger rooms (or perhaps supplemented by a tower fan). Once the fans are installed, make sure to remember the key, energy-saving commandment: they should be turned off while there’s no one in the room because they cool people, not rooms.